We can offer both general health and women’s health consultations by telephone or secure video.

I have been joined by my GP Colleague, Dr Jane Davis, who has an extended role in Women’s Health in Primary Care. 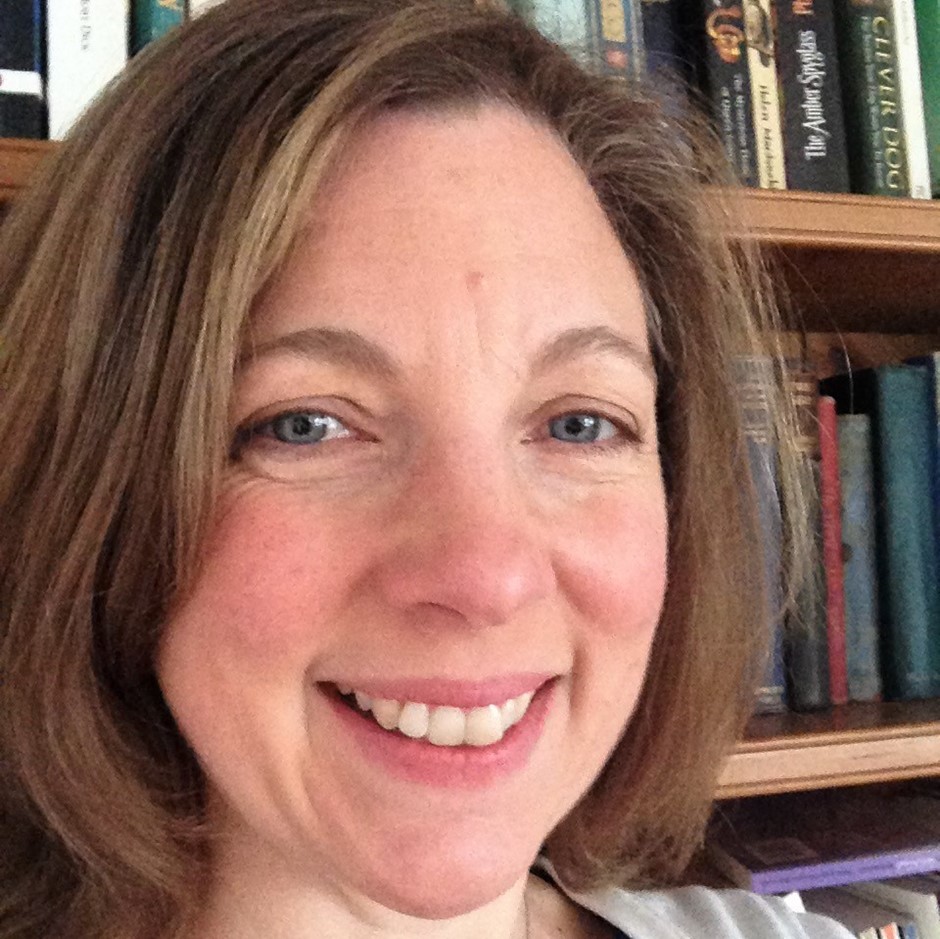 Dr Jane Davis is a GP based in Cornwall.

Over the last fifteen years, she has trained with Dr Sarah Gray in order to develop an extended role in Women’s Health in Primary Care.

She is particularly interested in Menopause and is recognised by the British Menopause Society as a specialist in the field.

Jane also works as a Specialty doctor in Contraception and Sexual Health for the Royal Cornwall Hospital Trust.

She enjoys medical writing for clinical and non-clinical readers.

An initial 60 minute assessment appointment is much longer than your GP is able to offer. We will generally ask you to fill in a questionnaire to help me to understand your problem, your background and your concerns. I will explain to you what I believe to be the cause of your problem and discuss the options available with their various pros and cons. My aim is to arrive at an agreed and understood plan. I will send you a summary of this discussion by email (post if you prefer). A referral is not essential. If your GP is prepared to write to me with background information we can work together more effectively to help you. I do not have access to NHS records.

A follow up appointment to review, and modify as necessary, is generally taken after an initial three months, and then once a year if you would like ongoing support. These usually allow 30 minutes.


Extended follow up appointments are available if you wish to spend longer:

Letters, phone calls and emails, beyond quick queries for clarification, will be charged pro rata on a time taken basis.

Medical examinations for visa, insurance and other purposes can be arranged.

I am very experienced and able to offer some minor procedures and a variety of tests.

Should you wish to have a cervical screening test I am able to provide discussion, examination, and proceed with the test if appropriate.

Covid-19 antigen testing (for exclusion if needed but you have no symptoms) and antibody testing (to see if you have had the infection) can be offered.

A summary on Menopause

Menopause is technically the time of the very last period. In the months or years leading up to this point women’s hormones can often swing between extremes. This may give rise to a variety of symptoms which fluctuate. When bleeding stops it means that the female hormone levels are lower. We know that they are low and blood tests are then rarely needed.

Women differ greatly in how their bodies respond to the drop in oestrogen levels. Flushing is regarded as the cardinal symptom but not everyone has this, and it may be sleep disturbance, mood or sexual difficulty that becomes a problem. If whatever it is, impacts on your life and affects your ability to cope and function, then consider coming to talk about it.

Linked with the reduction in oestrogen, women will experience changes in their skin, bladder, bones and blood vessels. If menopause is early, then the changes start early. In relation to bones this leads to an increased risk of fracture at an age when you might expect still to be active. Women who experience menopause below the age of 45 should consider hormone replacement at least until the average age of menopause. Even if symptoms are not greatly troublesome this will reduce risks of osteoporosis, heart disease and dementia.

Many women will be able to manage without HRT if they understand what is happening to their bodies. On the other hand, menopausal symptoms can for some be overwhelming. It comes at a time when there are often other difficulties in life. There is no need to struggle. An appointment provides the opportunity to evaluate and discuss your personal situation. We can talk about what you can do to make it easier to live with. This might include a discussion of options available from the pharmacy or non-hormonal options which can be prescribed. You need to know how, and how well these work before deciding to try them. It is important to explode the myths and misunderstanding surrounding HRT, and understand what really are its pros and cons. We can then work through how these apply to you.

Hormone replacement is a general term and can and should be tailored to the needs of the individual. I believe that a woman deserves accurate and up to date information so that she can decide whether it is appropriate for her.

If you do opt to try hormonal treatment, details of your health profile, previous exposure to hormones and preferences are taken into consideration. Ultimately your decision to use, or continue to use any treatment should be informed and agreed. It should benefit quality of life without adding unnecessary risk, and be reviewed after three months and once a year once settled.

Side effects of HRT

The symptoms of menopause are due to a lack of hormones, particularly oestrogen. Replacement will reduce or resolve these problems. However, as oestrogen has many actions on many different body tissues putting it back can trigger normal biological responses which may not be wanted. Some women may find that it causes breast tenderness due to breast stimulation, nausea due to action on the gut (most likely with tablets) or bleeding due to activity in the uterus. Clearly for women who have had a hysterectomy, bleeding is not going to occur, and these women can be prescribed oestrogen on its own.

Progesterone is normally produced by the ovary after the egg is released and prepares the body for pregnancy. This causes changes in the uterus which allow implantation of the fertilised egg. If this does not materialise, progesterone levels drop, and the lining is shed.

Women who still have uterine lining tissue present (this includes women with severe endometriosis after hysterectomy) will need to have either a synthetic progestogen or natural progesterone (collectively termed progestin) added to oestrogen to produce a combined HRT. This is not just to control bleeding, but to prevent oestrogen driven stimulation causing progression to precancerous thickening.

Once a woman has had no natural periods for a year the progestin can be used continuously. This will not produce period like bleeds, but no bleeding at all cannot be guaranteed. Persistent bleeding should be investigated. Earlier on, the progestin is either used cyclically to produce a predictable period like bleed or by means of a progestogen loaded intrauterine device (Mirena®), which greatly reduces any bleeding and offers the highest level of protection.

Other tissues will also respond to this hormone and women may experience breast changes (fullness and tenderness), gut effects (nausea and/or constipation) and mood effects. For some this is the culprit which caused their premenstrual moodiness. It is therefore completely logical that adding progestin in to a HRT combination may trigger a biological response. This is an intolerance (a biological side effect) rather than an allergy or esoteric response.

Micronised natural progesterone will produce a side effect profile very like the women’s own hormones. As a result, she may have some mood or physical changes resembling those before a true period. These tend to be less marked than in a natural cycle. Women may observe that the benefit from taking oestrogen is reduced in the second phase of their HRT. This can generally be managed with a small upward adjustment in the oestrogen dose.

Synthetic progestogens are more complex, as in addition to their progesterone like actions they either stimulate or block other hormone receptors. This will make most difference to their effects on mood (though actions on the brain). They may however be more powerful in managing troublesome bleeding. If there is a marked change in mood in the second half of a monthly bleed combination, the type of progestin should be changed.

Oestrogen can be replaced using tablets, patches and gels. Implants are only available in some specialist clinics and are generally only used when other methods have failed. This is rare but is sometimes seen in young women with a very fast metabolism who have had an abrupt menopause due to surgery. Oral oestrogen passes through the liver before entering the circulation, and in so doing a significant proportion is metabolised. In women with very aggressive metabolism or taking medication that affects this, standard oral dosage may be less effective. Liver metabolism also influences the clotting proteins, increasing risks of blood clotting issues such as DVT. In women who are fit and well, slim, do not smoke and have normal blood pressure, the absolute increase in risk is very small and outweighed by benefits. In women already at higher risk it is generally not a good idea to increase their clotting risks any further. For them patches or gels would be a safer choice.

Progesterone is not absorbed through the skin in sufficient amounts to be effective. However, is not affected by the same liver metabolism considerations. The only significant issue affecting taking as tablets is that some women may have their gut function affected (causing nausea or constipation). For them combined patches (using synthetic progestogen), a Mirena coil or to use progesterone vaginally (which is not licensed) are the options available.

Occasionally women may find that a monthly bleed combination may trigger cyclical migraines much like periods did. For them, stable hormone levels are vital to avoid the changes that may trigger migraines. A typical solution is to use patches with a Mirena coil.

If women are very early in the menopause transition and are still having regular or reasonably regular periods, then sometimes they will find that their own bleeding is out of time with the HRT pack. The simplest option is to realign at the start of a period. Clinicians with experience can suggest modification in the HRT. If women feel that the combination of their own progesterone and that of the HRT is excessive, then they may consider (if their health profile allows) a combined contraceptive pill which also provides both components. This will block egg release and hence the additional progesterone which follows. It would also offer contraceptive cover.

HRT is not a one size fits all offering. We have enough components and combinations to allow us to provide a regimen tailored to the needs and tolerance of the individual woman. If your own GP or practice nurse cannot get it right for you, consider making an appointment.

There is a lot of available information to help you with your health concerns. The problem with the internet is knowing what can be trusted. There is an accreditation system – HON (Health on the Net) which you should look for.

My suggestions to start from are:

https://patient.info/ is worth a try for general information

www.pms.org.uk/ is the website for the National Association for Premenstrual Syndrome

https://rockmymenopause.com is the website for the campaign to encourage women to talk about their menopause

We are registered with the Information Commissioner and meet their requirements. These changed with the introduction of GDPR legislation in May 2018. The information you provide to us will be used only for your healthcare and to enable us to contact you. It will not be divulged to anyone else including your GP without your consent.

We use a security encrypted clinical records and data management system.

Where to find us